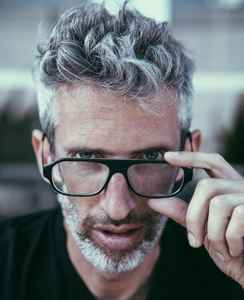 Real Name:
Adrian Bartos
Profile:
Internationally renowned DJ/producer/overall music impresario Stretch Armstrong has enjoyed a nearly two-decade career that has remained as diverse, eclectic and inspired as his home city. As a native New Yorker who grew up on the edge of Spanish Harlem, he began absorbing all of the underground sounds of the city - from early hip-hop to freestyle, disco, reggae and everything else - straight from his home streets at a very early age. Having begun his interaction with rhythm as a drummer at the age of five, he purchased his first record ("Rapper's Delight") in 5th grade, thus beginning a lifelong affair with the 12" format. A love for both house music and New York's weekend hip-hop mix shows led him to begin DJing during his high school years. Throwing his own, popular parties quickly moved him into New York's club underground in 1988, where he became a fast staple at legendary venues like Big Haus, MK, Love Transporter Room and Mars.

While already an established figure in the underground dance circuit, Stretch's true bridge to international notoriety came in 1990 via a humble college radio show that he began on WKCR 89.9 FM while attending Columbia University. The then-stale state of hip-hop radio led him to develop his own twist on the mix shows he was weaned on. Anchored by the voice and shared humor of friend Bobbito Garcia, The Stretch Armstrong Show w/ Bobbito The Barber quickly became the cornerstone for the burgeoning world of hip-hop. Named the “Best Hip-Hop Show of All Time” by The Source magazine. The show had both a dedicated listener fan base and a fervent distribution of home-taped bootlegs around the world. The diverse range of guests featured nearly everyone of consequence in the hip-hop industry, with Stretch and Bobbito taking directly instrumental roles in establishing the careers of Redman, Nas, Wu-Tang Clan (and specifically Ol' Dirty Bastard, who was a "regular"), Busta Rhymes, Large Professor, Big L, Fat Joe and Big Pun (to name a few). In addition to the WKCR show, the duo hosted an additional show for self-proclaimed "Home of Hip-Hop", HOT 97, which they maintained for five years. Stretch and Bobbito continued in this vein through 1998, when the duo split up. Besides maintaining these shows and a growing schedule of international appearances, Stretch worked as an A&R for Big Beat/Atlantic (1990-93), Loud (1993-95), brought Mobb Deep to the public, produced Lil Kim's first hit with Jay-Z, and made multiple television appearances (including Conan O'Brian and Vibe TV with Arsenio Hall and Spinbad) before a larger deal with Sony in 1996 saw him spend three years developing artists for his Spit imprint. Through his affiliation with Game Recordings, his voice was featured as one of the radio personalities on Game Radio, one of the fictitious stations featured in the popular Grand Theft Auto III video game.

By 1995, Stretch started feeling the negative effects of having been pulled too far into the hip-hop realm and set about proactively revitalizing his creative drive. Having become completely divorced from dance music as well as bored with the monotony and segregation of the club scene at the time, his desire to do something new and challenging grew. He began simply by cutting up rock records and executing creative and clever live remixes long before "mash up" was ever an official craze, and moved onto creating hugely popular parties where he played whatever he wanted, no matter how off the wall or ridiculous. As he reinvested energy into the emerging new club sound (a mutated blend of indie rock / dance / electro) after departing radio, his career came full-circle to encompass a more holistic balance of his musical tastes.

While both the milieu and his focus has changed drastically since his early days, Stretch listens to, works with, creates and loves music with the same brain and ears that drew him to hip-hop in the eighties, and remains focused on evoking passionate responses from his live audiences. He plays a continually evolving, eclectic mix of club music, favoring the sounds that are most whimsical and violating of traditional genre boundaries to club goers both here and abroad.