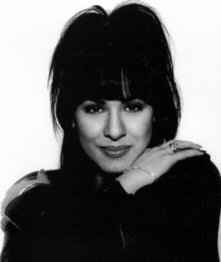 Real Name:
Suzanne Melone
Profile:
She was born in Brooklyn, New York on March 1st 1979. Her career started already when she was five, when an agent spotted her singing and dancing at Manhattan Beach in Brooklyn. She did renditions of hits by Madonna, Cindy Lauper and a few others and she soon became very popular.

When she was eight she signed here first record contract. The same year (1987) she appeared on the american show Star Search, although she didn't win it was an acomplishment just to get on the show.

Suzy didn't like how her second album turned out so when her contract was up she and her parents decided to take control of her career. They started the record label Empress Records and Suzy became the president, which makes her the youngest in the business.

In 1991 her first album "Love Can't Wait" was released and in 1992, when she was 12, she hade her first hit with "Take Me In Your Arms". With this song she got her first gold record and it was Billboards #1 Dance music hit of the year. She also got an award as "1992 Best New Dance Artist". Later in 1992 the second single "Falling In Love" was released.

May 2, 2017
Well known freestyle artist from where else but NY, freestyle capitol of the world. Had the pleasure of meeting her many times and seeing her perform back in the 90s. She had hit after hit. She signed her first record titled Randy to me when I first met her, along with her full length vinyl album and an 8x10. I just recently had some other things signed by her to me, including an ultra rare 1995 concert poster, another 8x10, and two very rare 5x7 press photos which I have never seen anywhere else. All items have been added to the Freestyle Hall of Fame.