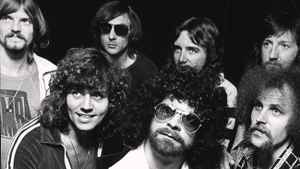 December 18, 2020
I am most likely too biased to really give a good review, considering I grew up listening to the band thanks to my father's appreciation of their work, but I still find myself enamored with the work. From the experimentation of No Answer and its refinement on ELO II to the disco pop hybrid of Out of the Blue to the synth filled Balance of Power, I don't feel there's a single truly weak album in the discography.

They may be seen by some as a fleeting pop group with catchy singles (which, with the sheer number of them I don't think you can really just write them off as such) or just some gimmicky group, but they really did something unique and special.
Reply Notify me 6 Helpful

January 22, 2017
Jeff Lynne is a Music genius. Still got it over 4 decades. Have produced 3 of 4 Beatles members records.
Reply Notify me 6 Helpful

January 13, 2017
Similar to Genesis in the sense that for some unknown reason it has never been "cool" to listen to E.L.O.??? I don't understand why?!!
Like bands such as the Beatles, Queen they have written some of the catchiest tracks going, everyone for some unknown reason seems to know the words to every song!!
No band better represents the pros and cons of overproduction than ELO. In an era of excess, ELO had no equal for sheer audio opulence. Singer Jeff Lynne frosted his voice in so many coatings of studio sugar that it hardly sounded natural. Singing at the helium-huffing apex of the human voice, he dusted off notes not heard since cherubs gamboled in mythological clouds. Bringing in entire symphonies for heart-fluttering arpeggios on fairy-dusted strings, the band's songs fill the air like mirage waves of sound so glossy, you can almost see your reflection in them. "Can't Get It Out of My Head" and "Telephone Line" roll gently along like long, lonesome walks on the beach while the Disco/rock hybrids "Turn to Stone" and "Livin' Thing" still set the mood for fans working on their night moves. It's just physiologically impossible not to get high from inhaling so much production varnish.
...For some, it will cause euphoria -- for others, altitude sickness.
Reply  See 6 replies Notify me 17 Helpful