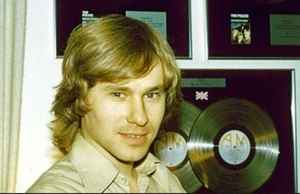 Real Name:
Nigel Gray
Profile:
Brother of Chris Gray (2).
Producer, Recording Engineer
He was up to 1987 owner of the Surrey Sound Studios.
Passed away July 30th 2016.

1974 Converted a village hall in Leatherhead to a recording studio, Surrey Sound Studio. 1975 Recorded 4-track demos for, among others, the Wombles and Joan Armatrading.

In 1977 Went 16-track and recorded "Roxanne" for The Police, followed by the album Outlandos D'Amour. Roxanne eventually charted at No 7.
In 1978, recorded first of 5 albums for Godley and Creme.

In 1979, went 24 track with an all MCI setup and recorded and produced Regatta de Blanc for the Police. The album and first single "Message in a Bottle" both came in as new entries at No 1 in the British charts. The second single from the album, "Walking on the Moon", also came in at No 1

As a result of this, Nigel was asked to produce Siouxsie and the Banshees. A string of hits were the result of this co-operation starting with "Happy House" and "Christine". The albums Kaleidoscope and Juju both did well with top 20 hit singles including "Arabian Nights, Spellbound and Israel".

In 1981, recorded Zenyatta Mondatta with the hit singles "Don't Stand So Close To Me" and "De Doo Doo Doo". Nigel was nominated for a Grammy Award for best engineered album for Zenyatta and also won two Grammies for producer of best Rock Vocal (Don't Stand So Close To Me) and best rock instrumental (Behind my Camel).
Sites:
nigelgray.com, philsbook.com
Variations:
Viewing All | Nigel Gray
A, Gray, N. Gray, Nigel, Nigel Cray, Nigel Grey, Niguel Gray