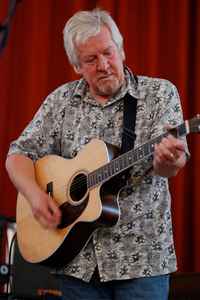 Born on 07.08.1949 in Cambridge, Cambridgeshire, U.K.
He is best known for his association with Al Stewart in his early career and for his long-standing role as lead guitarist for the Sutherland Brothers & Quiver. His single "Dark Island" peaked at number 80 in Australia in 1980.