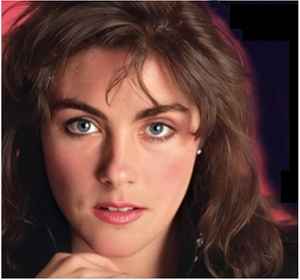 Laura Branigan studied at Byram Hills High School, Armonk, graduating in June 1970, then studied at the American Academy of Dramatic Arts, Manhattan, from 1970 to 1972. Her recording career began in 1972, with folk group Meadow. She toured with Leonard Cohen in 1976, as a backing singer on his first European tour. Ahmet Ertegun and Doug Morris signed her to Atlantic Records in 1979.

Her first Atlantic single, All Night With Me charted at no. 62. Her next single, a remake of Umberto Tozzi's "Gloria" charted at no. 2 in the US. Branigan's music was influenced by Donna Summer, Aretha Franklin, Gladys Knight, and Stevie Nicks. Her big hits included "Power Of Love", "Self Control", "Solitaire" and "Gloria". After the release of her seventh album Over My Heart for Atlantic in 1993, she semi-retired from the music industry to care for her husband, Larry Kruteck, who was suffering from cancer. He died in 1996.