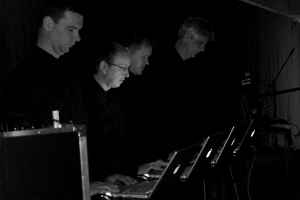 Profile:
Czech avant-garde and noise music group from Prague, active since 2006. Its seven members have previously collaborated (both musically and otherwise) for almost two decades. The group follows the path of 20th-century avant-garde composers and of Japanese noise music, and is based on so-called “fraction music” and the slogan “no melody, no rhythm, no harmony”. The group has created its own compositions as well as reinterpretations of the works of composers with whom Opening Performance Orchestra feels a kindred spirit.
Sites:
o-p-o.cz, Bandcamp, artycok.tv
Members:
fs (10), jsm (2), jst (2), LD (7), pk (17), ps (7), rd (9)