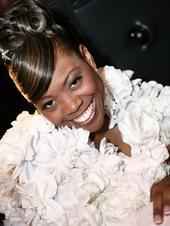 Born and raised in the Mecca of House Music, Chicago, Illinois, Mina first gained national acclaim in the United States as the winner of the 2002 BET Gospel Soul/Cream of Nature Competition Winner. As a result of her phenomenal vocal performance, she was awarded the opportunity to record with R&B/Gospel super group Trinity 3-5-7. The experience was invaluable because, “it gave me unbelievable exposure, and it allowed me to see what my full potential could be as a performer and artist. Ultimately, I have always wanted to do meaningful music that would identify with its’ listener, empowering people”.

In 2006, Mrs. Jackson released her first hit dance music single “Just Believe” on Stingily Music (Imprint Label of House Music Legend Byron Stingily). Which reached the top #5 on several digital dance music download sites around the world while receiving substantial support from world renowned DJ’s. Her second release was even better, titled “Feels So Good” and was released on her own imprint Omni Music Solutions, Inc.

As producers from all around the world continue to engage Mina for vocal duties, 2008 looks to be a stellar year for Mrs. Jackson. Currently, Mina has just completed several big projects, (“Spread My Wings” to be released on Defected in fall of 2008) as well as other prime-time collaborations with notables such as, Byron Stingily, Terry Hunter, Soul Central & Andy Ward, Ron Carroll, The Jinks (UK) and Mike Dunn. House Music enthusiasts all agree, keep your eyes on Mina Jackson.
Sites:
MySpace, Facebook
In Groups:
Mina Jackson & The Children
Variations:
Viewing All | Mina Jackson
M. Jackson, Mina B. Jackson