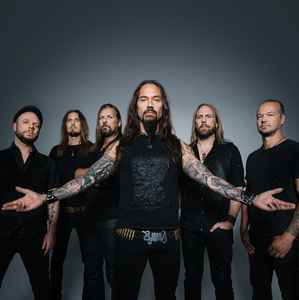 Amorphis started out as a pure death metal band, but soon steered away from the genre's underground scene and have since created their own unique and highly successful blend of heavy metal, progressive rock and folk. The name Amorphis was derived from the word "amorphous", which means 'no determinate form or shape'.

January 28, 2023
I read an incredibly interesting anecdote in the Sentenced - North From Here book about Amorphis' early albums and the contracts they signed. Apparently Relapse never paid them a cent and totally reamed them.

April 5, 2022
These guys have so much excellent music to dig through. Such an enjoyment sifting through the entire catalogue.

February 25, 2022
Wonderful band, continually progressing in their sound and direction, any fan of music who has open ears and mind needs to give these guys a listen, they are truly unique and engaging!