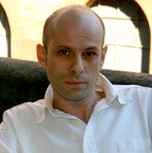 Real Name:
Giuseppe Antonio Varone
Profile:
From his Paris based studio, Tony Massera is rapidly becoming hot property in dance music. Responsible for some remarkable tunes in recent years, Tony has admirers as diverse as the Fatback Band to Fatboy Slim! Tony began DJ-ing in 1982 and developed an obsessive lust for FUNK & DISCO. Learning engineering skills along the way, he became in-house producer for Belgium's famous Target Records (3) in 1989 - releases include the seminal; T.Vee - U Are A Sucker, Control DC - Ritmo Del Diavolo, DJ Bart - Wanna Play House, Arpeggio - Wake Up, Discotech - Everybody, Neon - The Creator and many more.

Returning to France in 1999, he is then recruited by a young Bob Sinclar - and produces for the Africanism label under the project name "Diva".

In 2004 Tony then joined forces with his close friend Marco Federici (aka DeMarco), creating SexyRexyMusique - a production house that has since caused dancerfloors to shudder with some of his finest work to date. The legendary ''Open Fire'' earning showers of praise from Fatboy (Norman Cook actually sent a personal fax demanding the vinyl!) and tracks such as "It's In Me" and "My Luv 4 U" becoming the staple of many discerning DJ.

February 5, 2021
Great producer! Outstanding output! Unique style. My personal hero of the early nineties. You can't buy wrong when you buy a release with the name 'Varone' on it.