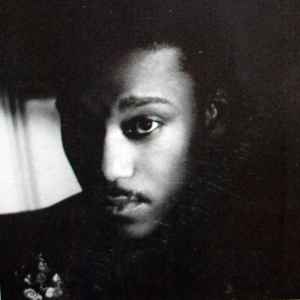 Real Name:
Garry George Johnson
Profile:
Born November 19, 1956 in Chicago, Illinois is a drummer, guitarist, songwriter and producer based in Minneapolis, Minnesota. As an ex-member of The Time along with famed producers Jimmy Jam & Terry Lewis, he went on to help record several songs with other artists including Alexander O'Neal, Cherrelle, New Edition and Janet Jackson. Jellybean reunited with The Time for various concerts and for their album as The Original 7ven, and he still tours with Morris Day And The Time, including Monte Moir.

After the breakup of The Time, drummer and percussionist Jellybean Johnson decided to work as a producer, musician, and songwriter throughout his career. He became a long-time associate of Flyte Tyme productions. His first session job was being a musician for Alexander O'Neal's #11 R&B hit "Innocent" (produced by The Time bandmates Jimmy Jam and Terry Lewis). On this track, he was not only the drummer, but also delivered the guitar solos for the second half of the ten-minute long song. From this point on, he was in-demand as a session guitarist (and drummer/percussionist) for Janet Jackson, Alexander O'Neal, New Edition, and many others. Throughout his career, he has also produced a number of hits for Alexander O'Neal, New Edition and many others. But it wasn't until 1990 when he would co-produce (with Janet Jackson) his biggest hit to date: Janet Jackson's Heavy Metal/Rock inspired #1 smash hit "Black Cat". He has also co-produced Mint Condition's entire debut album Meant to Be Mint.