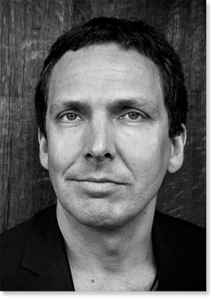 Nordin's orchestral music has been performed at major international festivals such as ISCM and has received several awards. He was elected a member of the Swedish Composers' Association in 2002. The saxophone concerto Sleep Now in the Fire was awarded the Royal Christ Johnson Prize by the Royal Academy of Music and in 2005 his Double Concerto for violin, cello and orchestra was named a Recommended Work at UNESCO's Rostrum (the international the annual composition competition of radio stations).

In addition to his orchestral music, his chamber music is regularly played by some of the world's foremost ensembles of contemporary music - the ASKO Ensemble in Holland, the Ensemble Itineraire and the Ensemble Orchestra Contemporain in France, the San Francisco Contemporary Music Players and many others.

Nordin has also written a number of solo works. These have been performed by soloists such as Anna Petrini (recorder) and Mårten Josjö (guitar).

During 2004-06, Nordin was Sweden Radio P2's composer in residence and after that SR Records released the portrait CD Residues.

As of 2008, he is being relocated by Edition Peters as part of their major venture "Die Neue Generation".

Since 2014, Jesper Nordin has been a member of the National Board of Music's Artistic Council.
Sites:
jespernordin.com, Wikipedia
In Groups:
Improvisationsgruppen Altaír
Variations:
Viewing All | Jesper Nordin
Nordin