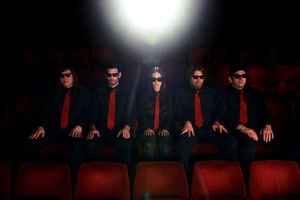 Profile:
Trip hop group from the UK. Darius Keeler and Danny Griffiths formed Archive in 1994 together with female singer Roya Arab and young rapper Rosko John. Due to some dispute among themselves, the band broke up in 1996.
Later (1999), Darius and Danny reformed Archive along with Susanne Wooder and Matheu Martin to produce their second album "Take My Head". After "Take My Head" the line up of the Band changed again including now singer Craig Walker (former front man for Power of Dreams). In 2001 they produced their third album, "You All Look The Same To Me", a more rock oriented disc than electronic or pop. Two years later, "Noise" and "Unplugged" are the follow ups to "You All Look The Same To Me", and they are keeping the same musical formation as before. The band composed also in 2003 the soundtrack to the French film Michel Vaillant.

Archive began their Europe tour in November 2004 without Walker, and without notifying ticket holders. Increasing shouts of 'Where's Craig?" from bemused fans at the concerts in Poland and France finally prompted a notice on the website that Craig absence was "due to unforeseen circumstances". Another statement from Darius Keeler hinted at personal problems keeping Walker from touring. In an interview with the TV station arte in late 2005, Keeler and Griffiths stated that Walker is in fact no longer with Archive and is working on a solo album, whereas Walker has stated that he left Archive due to personal differences with management and other band members.

In autumn of 2004, Archive announced that Dave Pen (Birdpen) would replace Walker on the Noise tour - due to the continuing personal problems between Walker and the rest of the band. During this same tour, Keeler and Griffiths met the singer Pollard Berrier at one of their shows in Vienna, Austria. The three began writing and rehearsing together, and were recording in Southside Studios (4), London, by September 2005.

December 27, 2019
"While There's Light" looks like a non existent song, the only one I can't find anywhere.
Side B of Box Set 7"Included in "25"
Does anyone know where to listen it? Even just in .mp3 ...
Reply Notify me Helpful