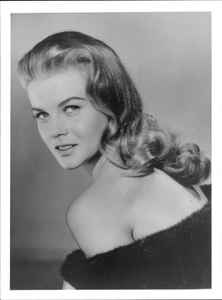 She moved with her family to the United States in 1946 and grew up in Wilmette, Illinois. She was discovered singing in a nightclub by George Burns. She was often referred to as a "sex-kitten" and the "female Elvis". Married to Roger Smith (11) from 1967 until his death in 2017.
Sites:
ann-margret.com, Wikipedia, Wikipedia
Aliases:
Rusty Martin (7)
Variations:
Viewing All | Ann Margret
A. Margret, Ann, Ann - Margret, Ann Margaret, Ann*Margret, Ann-Margaret, Ann-Marget, Ann-Margret, Anne Margret, Miss Ann-Margret, アン・マーガレット, アン・マーグレット