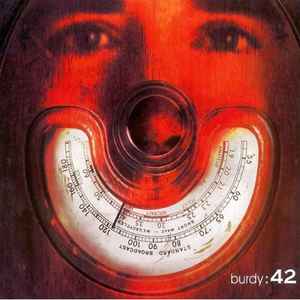 Real Name:
Andrew Burdall
Profile:
Having been in bands as a guitarist and bass player in his youth, a burgeoning interest in hip hop and later house music led to Burdy starting out in the electronic music scene in Hull (UK) as a DJ in 1993. It was during these early days that Burdy met DJ and Producer Mark Blissenden aka Bliss - and the pair cofounded Baby Mammoth.
Over a span of 7 years, Baby Mammoth produced seven studio albums (plus a compilation) on the influential UK label Pork Recordings - home of Fila Brazillia, Bullitnuts, & The Solid Doctor. The prolific body of work encompassed the label’s ethos for experimentation in electronica, downtempo, blunted techno, drum & bass and broken beats.
During this period, Burdy & Bliss collaborated with a group of highly talented jazz musicians who influenced a number of tracks on their last three albums with Pork Recordings, to create a truly “live” version of the Baby Mammoth sound by removing all the sequenced electronics and re-arranging tracks to create drum forward, jazz expressions of their studio album work.
Baby Mammoth’s eighth and final album ‘Octo Muck’, was released in 2003 on Viennese record label Ecco.Chamber.
After a tongue-in-cheek challenge from a friend to “write a track by the end of January 2020”, Burdy found the impetus to resurrect a studio set-up and get back to work. As the year progressed, so did many more tracks until a soundscape began to appear which demanded to be compiled into an album. Filtered Deluxe Recordings proudly presents ‘Satellite’.
Aliases:
Andrew Burdall
Variations:
Viewing All | Burdy
Andrew S. Burdall