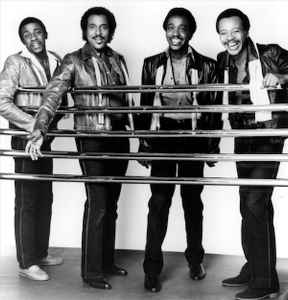 Originally formed in 1964 in Detroit, Michigan.
One of their first releases was Bingo! on the Wingate label, a division of Golden World owned by Eddie Wingate, but due to a misprint on the first pressing, they were referred to as 'The Dynamics'.
The group's fortunes flourished when Detroit producers Don Davis and Tony Hestor took command of their career and the group signed to the Memphis-based Stax Records in 1971.
US hits with the label included ‘Whatcha See Is Whatcha Get’ (R&B number 3 and pop number 9, 1971), ‘In The Rain’ (R&B number 1 and pop number 5, 1972) and ‘Hey You! Get Off My Mountain’ (R&B number 5 and pop number 43, 1973).
Through constant line up changes they recorded 20 albums between 1972 - 2002.
In 1974, they released an album along with The Dells.
In the 70's they recorded at Volt and ABC Records.
In the 80's they went through MCA Records, Capitol Records andFantasy.

Great film on Netflix called Detroit about the horrible senseless racist murders and the corrupt justice system. It's not pretty viewing but it has to be watched!