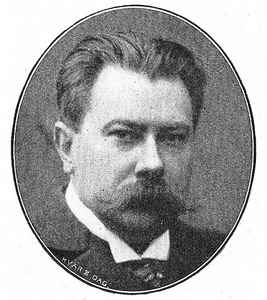 He studied in Stockholm 1877-1883 and in Berlin 1884-1886. Between 1889 and 1892 he was concertmaster at the Royal Theater in Stockholm and then conductor at the Stockholm Concert Association. In 1909 he became conductor of the Gothenburg Symphony Orchestra.

In 1887 he formed the Aulin Quartet, which gained a very good reputation in musical circles.

He composed a large number of smaller works for violin but also a violin sonata, three violin concertos and an orchestral suite.

Tor Aulin was one of the founders of the Stockholm Concert Association in 1902. He taught August Strindberg music and was a close friend of Wilhelm Stenhammar with whom he shared the work as conductor at the Gothenburg Orchestra Association from 1909.