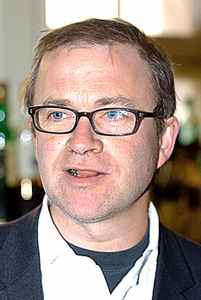 Profile:
UK based comedian, famous for his comedy show 'Harry Enfield's Television Programme' with such cariactures as 'Kevin The Teenager', 'Wayne(and Waynetta) Slob' and 'The Old Gits'
Although not a musician, he has been involved in a couple of comedy single projects, most notably 'Loadsamnoney (Doin' Up The House)'. This was a vehicle for his famous and topical(at the time) 'Loadsamoney' character.
Sites:
Wikipedia
In Groups:
Harry Enfield And Chums, Kevin & Perry, Smashie And Nicey, The Guerilla Boyz
Variations:
Viewing All | Harry Enfield
Enfield, Mrs Harry Enfield

Artists, who I have seen Live! by RoryHoy
View More Lists →