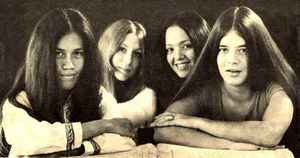 Profile:
Fanny was an American rock band, active in the early 1970s. They were one of the first all-female rock groups to achieve critical and commercial success, including two Billboard Hot 100 top 40 singles.

The group was founded by guitarist June Millington and her sister, bassist Jean, who had been playing music together since they moved from the Philippines to California in the early 1960s. After playing in several bands, they attracted the interest of producer Richard Perry who signed them to Reprise Records in 1969 as Fanny. The band recorded four albums together before June Millington quit the group. Following a final album, Fanny disbanded in 1975. The Millington sisters have continued to play music together since the split, and formed the spin-off group Fanny Walked the Earth in 2018.