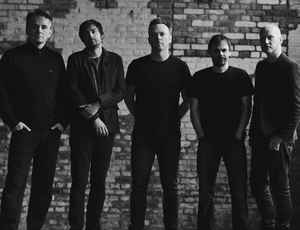 Profile:
The Pineapple Thief is the musical vision of Bruce Soord (formerly with Vulgar Unicorn). He started TPT as an outlet for his music back in 1999.

In the spring of 2002, after the third album, Variations on a Dream, which was probably the album that gave TPT the boost they needed, reaching out to yet more people all over the world, Bruce decided to form a band to take his music to the fans. The band consisted of his close musical friends - former university band mate Jon Sykes on bass, Wayne Higgins on guitars, Matt O'Leary on keyboards and Keith Harrison (4) on drums. Matt has since left but Steve Kitch (who co-produced and mixed the fourth album 10 Stories Down) has since joined to play keyboards. Wayne Higgins left the band in March 2008, but the group continues as a four-piece live act.