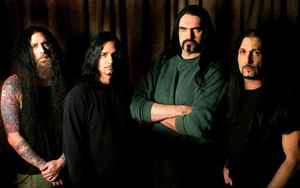 May 17, 2022
Shoutout to Type O Negative for having the slickest, coolest fucking graphic design of any metal band ever
Reply Notify me Helpful

January 16, 2022
Revolver magazine just placed to pre-order yet another set of SDH, BK, OR and WCD color vinyl re-issues. Release date is in June 2022.
Reply Notify me 4 Helpful

TYPE O NEGATIVE is great music (on a higher level than CARNIVORE and FALLOUT)!
Reply  See 1 reply Notify me Helpful

September 3, 2021
Does anyone know if Origin of the Feces is on the plans of Run Out Groove to be repressed as stand alone vinyl?
Reply  See 1 reply Notify me Helpful

January 30, 2017
I first heard this band on a local college radio station some 20 years ago. They kept playing "Are You Afraid?" every Friday night and I was hooked. I found out it was Type O after calling the radio station. They've been my favorite band ever since. They're timeless and I'm still heartbroken over the death of Pete. So glad I got to see them play twice before his passing. Never will be another like them or him. ♥
Reply Notify me 17 Helpful

October 10, 2013
Type O Negative is the number 1 metal band i admire. Their music is not like any other heavy metal artists, they have their own sound. They are amazing!!! R.I.P. Peter S.
Reply Notify me 18 Helpful