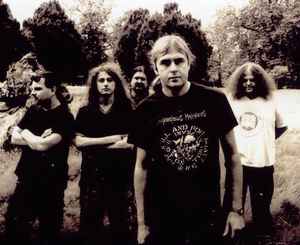 Profile:
Formed in Birmingham, UK in 1982, by Nik Bullen. Napalm Death were originally one of the bands that defined the UK hardcore thrash/punk sound of the mid-late 1980s, along with bands such as Extreme Noise Terror, Doom and Sore Throat. The band has gone through countless line-ups and many former members have gone on to become significant figures in a variety of musical scenes.

Although their debut album "Scum" featured members Justin Broadrick (who was also a member of Fall Of Because, the band that later became Godflesh, at the time) and Nik Bullen (later part of Scorn), the first stable line up consisted of Lee Dorrian (vocals), Bill Steer (guitar), Mick Harris (drums) and Shane Embury (bass).

March 3, 2017
Very cool idea by Earache: Vinyl on demand. Our chance to get Words From the Exit Wound on vinyl for the first time:
http://ondemand.earache.com/napalm-death-words-from-the-exit-wound-vinyl
Reply  See 2 replies Notify me 1 Helpful

March 11, 2012
Anyone know anything about the 7" referenced in this article with electro hippies?

Prime grrindcore, to begin: loud, chaotic and intense. Two years dilution pushed Napalm Death into Morrisound where they pissed off half their fans by turning into a Death Metal band like any other with Benediction cookie monster Barney Greenway on vocals. Bill (Steer) and Lee (Dorrian) had gone on to great success with Carcass and Cathedral (respectively). Mick, noticing the ship was sinking, also went on to even better things with Scorn. The band currently recycles what they've been doing since 1990 for a living.