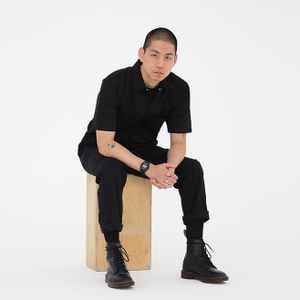 Real Name:
Jason Chung
Profile:
Los Angeles producer Nosaj Thing crafts stately, ethereal synth-based instrumental hip-hop, with influences that range from Boards of Canada and DJ Shadow to Danny Elfman and Erik Satie. An L.A. native, Jason Chung was inspired at an early age by the hip-hop radio stations that the bus driver would play on his way to elementary school, and particularly by the Beat Junkies' turntablism on Power 106. In high school, while delving into the sounds of drum'n'bass and the rave scene and playing quad toms in the school drum line, he figured out how to use his father's old PC to start programming beats of his own. Further along, Chung was motivated to move in more experimental directions by the D.I.Y. rock scene at L.A.'s underground venue The Smell, where he made his live debut as Nosaj Thing in 2004. Through online and in-person networking, on message boards, and, eventually, at the more beat-oriented music spot Low End Theory, Chung came into contact with like-minded Angelenos including Flying Lotus, Nobody, Daedelus, and local legends (and personal heroes) like D-Styles and Daddy Kev. Following the self-released Views/Octopus EP in 2006 (whose track "Aquarium" was later used by rapper Kid Cudi as the basis of his "Man on the Moon"), he signed with Kev's Alpha Pup imprint for his full-length debut, Drift, in 2009. Chung contributed beats to MCs Busdriver, Nocando, and Kendrick Lamar, and made remixes for Flying Lotus, Daedelus, Radiohead, and Smell staples Health. His second album, Home, was issued on Innovative Leisure in 2013. ~ K. Ross Hoffman, Rovi
Sites:
nosajthing.com, instagram.com, Bandcamp, SoundCloud
Aliases:
Jason Chung
Variations:
Viewing All | Nosaj Thing
NosajThing, Nosajthing, Nossaj Thing