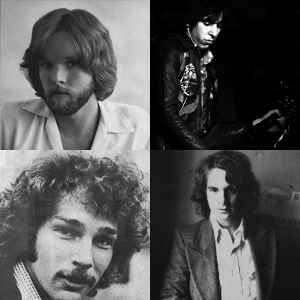 Profile:
Prix are a legendary lost band, a power pop supergroup of sorts that fell into the cracks between album rock and the emerging new wave in the mid-'70s. Fronted by Jon Tiven and Tommy Hoehn, the band was mostly a studio-based project featuring other Memphis popsters such as bassist Rick Clark, and featuring contributions and productions by former Big Star co-leaders Chris Bell and Alex Chilton, and studio mavericks Jim Dickinson and Richard Rosebrough. Despite several attempts, Prix never landed a major-label deal and only issued an EP on the legendary label Ork Records from NYC and a single on Miracle Records, which became collectors’ items in the pop underground circuit over the next few decades.

The group's recorded output bears a great similarity to Big Star, particularly the music on Radio City but with a sweet melancholy undercurrent reminiscent of Bell’s work on #1 Record. There are also traces of other power pop icons like Badfinger, The Stories and The Raspberries scattered throughout the songs, plus Prix could also touch on both the hazy, narcotic undertow of Big Star’s third album (the swirling "Zero”). In fact, the most impressive thing about Prix is how they worked very familiar territory yet wound up with a distinctive feel of their own -- they were a harder-rocking band than most power pop groups, yet they were also tight, tuneful, and muscular songwriters, which turned out to be a dynamite combination. Prix didn't last long, but they did wind up with sparkling, diamond-hard pop gems that will prove to be irresistible to power pop fanatics.
Members:
Doug Snyder (2), Jon Tiven, Tommy Hoehn