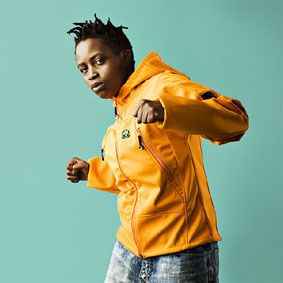 Profile:
Tanzanian vocal artist, who moved to Zurich, Switzerland during her childhood. She started her career in 2003 with her debut 12'' 'Murder time'. After several solo recordings, she joined the girl band Sisters in 2008. They are most known to have participated in the German Show 'Bundesvision Song Contest 2008' by Germany's entertainer Stefan Raab.
Around 2010 she had a transgender treatment and, since then, is active under her male name 'Msoke'.
Sites:
sisters-music.com
Aliases:
Msoke, Namusoke Mhina
In Groups:
Sisters (5)
Variations:
Viewing All | Namusoke
Namusoke a.k.a. Msoke