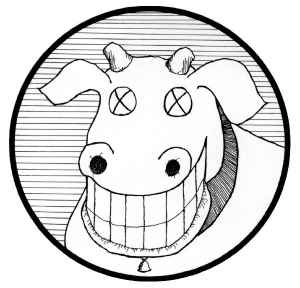 The group released their first full-length LP "Big Lizard in My Backyard" in 1985 on Restless Records. This was followed by:
- Eat Your Paisley! (1986, Restless) - Including minor hit songs like "Beach Party Vietnam."
- Bucky Fellini (1987, Enigma) - Produced by Brian Beattie, who produced the next albums "Beelzebubba" and "Metaphysical Graffiti."
- Beelzebubba (1988, Enigma) - Had a brush with the mainstream with their most well-known song, "Punk Rock Girl."
- Metaphysical Graffiti (1990, Restless) - Had minor hits like "Methodist Coloring Book" and "If You Love Somebody, Set Them on Fire."
- Soul Rotation (1992, Hollywood) - Joseph Genaro took over lead vocals for the album.
- Not Richard, But Dick (1993, Hollywood) - Shorter, 10 song album with elements from both "Soul Rotation" and other previous releases.
- Stoney's Extra Stout (Pig) (1995, Restless) - Final studio album by the original line-up.

The group also released a live album during their time as a band and several collection albums during and after that time and The Dead Milkmen disbanded in 1995 due to health issues faced by the tendinitis growing in Schulthise's hands as well as issues with Hollywood Records years prior. About 10 years after their disbandment, Schulthise committed suicide on March 10, 2004 by drug overdose. That year, the remaining Dead Milkmen played a few tribute concerts with the bass filled in by Dan Stevens (Bass (2004, 2008-present) and four years later played a show at the Austin TX "Fun Fun Fun Fest."

The Dead Milkmen decided to officially reform that year to produce new albums and play live shows with Dan Stevens sticking on bass guitar. The new line-up released:
- The King in Yellow (2011, self-released) - The group's first studio album in 16 years.
- Pretty Music for Pretty People (2014, Quid Ergo) - The follow up to "The King in Yellow," containing tracks from various singles released in 2012 and 2013 and 6 new tracks.

Besides these, The Dead Milkmen have released an EP: "Welcome to the End of the World" (2017, The Giving Groove) for philanthropic reasons and have since continued to tour and play shows.
Sites:
deadmilkmen.com, Bandcamp, Bandcamp, Facebook, instagram.com, SoundCloud, Twitter, Wikipedia, YouTube
Members:
Dan Stevens, David Schulthise, Dean Sabatino, Joe Genaro, Rodney Linderman
Variations:
Viewing All | The Dead Milkmen
Dead Milkmen, The Milkmen