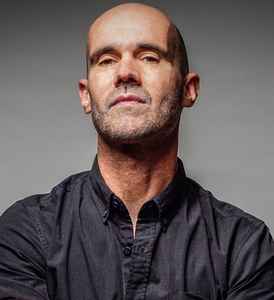 John's career started around 1985 when his headmaster asked that he play an under 18s night for the school. After just one appearance, John was asked to become a resident at the now legendary Sterns in his hometown of Worthing. He was aged just 15. Fleming honoured his residency throughout the 80s and during this period, shared the decks with some of dance-music's most treasured DJs, including Carl Cox, Fabio and Grooverider at the club's 'Interdance' night. As acid house and the rave scene reached new heights, John stepped forward as one of the leaders of the movement, DJing at Fantazia, Raindance and Ibiza as far back as 1987.

In 1990 John was diagnosed with lung cancer, aged 20. His escalating reputation was to suffer a blow as Fleming was forced to turn his back on the dance-music community in order to concentrate on recovering. After two years in hospital undergoing chemotherapy, John was in remission and moved to Florida in an attempt to regain his health. It was here that Fleming made his return to the decks with regular dates at Miami's Cameo Theatre and guest spots up and down the East Coast to Canada. A year later John returned to the UK with a fresh perspective. It is this life-threatening experience that has given him the lust for life and determination to regain his place at the peak of his profession.

Arriving back on British shores, John filled a residency at the Zap Club in Brighton together with Tall Paul and Eric Powell. He has since rebuilt a solid reputation as one of dance-music's innovators, pushing his genre and leading where many others follow. Accepted back in to the higher echelons of clubland, John continues to research his own inimitable sound, searching for inspiration in the most obscure places.

Fleming has also turned his hand to journalism, writing a monthly column for M8, titled "From Brighton With Love."

One of the few guys who have stuck with trance until the very end. While others jumped ship into progressive and minimal, both of which are outstanding and often "entrancing" genres, Fleming stuck with the genre even though its popularity has been waning for years.

John '00' Fleming is a huge promoter of the Trance House sound from day one. One the of the last guys standing from the first generation - and still being booked to this day.

Much respect to John 00 Fleming. In 1990 he nearly lost his life to lung cancer, then nearly lost it again in 2005 to a boating accident when the boat he was water skiing behind somehow managed U-turn on him and slice his life jacket to shreds. I'm not really one for psy trance, but John 00 Fleming never disappoints.

john 00 fleming is a pioneer of trance music! his unique sets often combine progressive house, trance and goa music, setting the crowds on fire as he dances and sings along. his productions and label push the tough driving sound of trance without the cheddar aftertaste and cd1 of white label euphoria is one of the best mixed cds i've ever heard. check him out for something a little bit different, something new, or just something good!