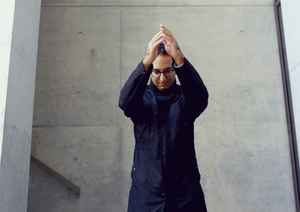 Real Name:
Aril Brikha
Profile:
Aril Brikha (*1976) is a producer from Stockholm who initially discovered electronic music listening to the likes of Depeche Mode, Front 242 and Jean Michel Jarre before discovering the more futuristic sounds of people like Robert Hood and Underground Resistance. When not getting any response in his native country he sent a demo to some of his favourite record labels stateside. Before he knew it, Derrick May released "The Art Of Vengeance EP" featuring the track "Groove La Chord" on his Fragile record label and was playing it all around the world. This was followed by the release of the "Deeparture In Time" album also on Transmat. His live sets have been highly appreciated all the way from DEMF in Detroit to Fabric in London, playing his take on Detroit techno with his special soul and funk to it.
Sites:
Bandcamp, Bandcamp, Facebook, instagram.com, MySpace, Wikipedia
Aliases:
Art Of Vengeance, Ataril, First Movement, The Assyrian Lover
Variations:
Viewing All | Aril Brikha
A. Brikha, Arik Brihka, Aril Birkha, Brikha

December 10, 2019
Departure In Time stone cold soulful IDM classic bar none and I mean he set that bar high. Lush Roland-y synths with locked in tight electro grooves. This isn't over produced and has as far as I recall none of the annoying as sh*t soul vocal samples house music used in the 90's. I do not think its aged one iota since it's birthday in 1999. Its like I would say this music is like a more house-esque take on early Black Dog/Plaid, simple irresistibly good electronica.

Yall need to put some respek on Aril Brikha's name, how am I the first comment review here? AB is the man!!!