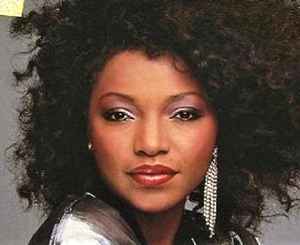 Singer Shannon hit gold with the trendsetting, pulsating dance classic "Let the Music Play" and other similar-sounding hits in the mid-'80s that helped lay the foundation for the '90s electronica music genre.

In 1998, Shannon teamed up with German producer/artist Sash! and released "Move Mania", which marked the start of her comeback. Following the remixes of "Give Me Tonight" and "Let The Music Play" in 1999 and 2000, the album The Best Is Yet To Come was released in 2000 in the US.
Sites:
shannonletthemusicplay.com, MySpace, Wikipedia, instagram.com, Facebook, Twitter
Aliases:
Bebi S.
Variations:
Viewing All | Shannon
Del Shannon, Shamon, Shannon Brenda Greene, Shannon Burt, Shannon Greene, Shanon, Sharon, Shnnon

I'm not a fan of this female singer named Shannon, but I just love ONLY the original album AND single version of her song "Let the music play"! I don't know why this song still becomes popular... from the 80's until forever, genically. (And you'll never mess with a original!)

She was born in 1958, just like Michael Jackson, Madonna, Prince, Anita Baker, and the country singer Neal McCoy, but she's not nearly as popular as they are. And she was also great at performing live cover version of the song "Foolish" by Ashanti in 2005.