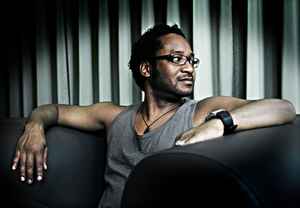 Steve Rachmad, also known as Sterac, has been at the forefront of the international Techno scene since the nineties. Though, it is much easier to understand the reasons why did he achieve to create a so brilliant musical repertory in production terms: the Chicago House and Detroit Techno influences, definitely.

Derrick May’s “Strings Of Life” full of warm chords, a lovely piano sequence, and, on the other hand, the beautiful deep-smooth-Jazz approach of Larry Heard’s works (mainly as Mr. Fingers or Fingers Inc.) were some of the main examples. As consequences, both scenes would reflect on Sterac’s works in his artistic journey. “Phew, their influence is immense! Take for example Kevin Saunderson. He made few tracks that would later be influencing Drum’n Bass with its deep, massive base, and than it would all come back to techno as well. Basically, these guys were revolutionary in the sort of sounds they used and the way they programmed them in the synthesizers. It’s so unique what they did in their music, that it all became a base for many artists and their musical explorations later on”, confessed Sterac about his artistic roots.

These explanations seemed pretty reasonable if we consider the fact that this dutch talent was the one that produced the timeless classic "Asphyx" and the magnificent "Thera" LP. Under Sterac's alias, he brought the smoother-atmospheric side of Techno - and we are deeply grateful for that.