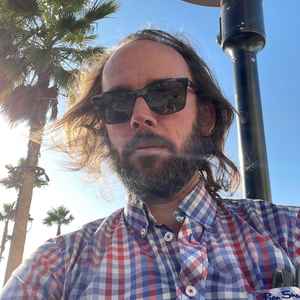 Real Name:
Jordan Snodgrass
Profile:
Jordan Snodgrass is a San Diego native, Imputor? Records co-founder, one half of IDM supergroup (LOL!) Calculator Man & Hangar, former Rocket From The Crypt Web Lackey, and graduate of UCSD with a degree in cognitive science and specialization in computation. Rather than spending those 4 years getting toasted and mastering hacky sack, he spent them researching the effects of monotonous drum beats on brainwaves.