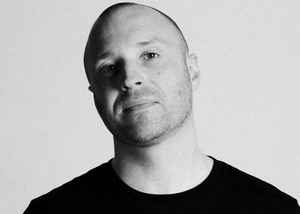 Real Name:
James Ruskin
Profile:
Croydon-born (1972) and -based techno producer and DJ. James Ruskin comes from a background that first put him in touch with hip hop and electro, and later with the emerging Detroit techno scenes. This inspired him to become a DJ in 1991 and venture into production with studio partner Richard Polson by 1994. Founded Blueprint with Polson in 1996. As Blueprint grew, he delivered his first solo releases and appeared elsewhere as remixer and co-producer.

June 18, 2015
Indeed, a lot of respect and deserved parise has to go to James Ruskin. Basically, he has been continually putting out great music for two full decades now, and most of it was released on his equally impressive, independent label, Blueprint. At this point, both his name and the imprint's legacy have become synonymous with tough, muscular vision of UK techno. Although, given his commitment and the constant emphasis on quality, it'd be a no brainer to claim that mr. Ruskin here is one of Europe's all time finest techno producers. No tricks, no posing, just pure techno.

If superb techno is what you are after, without the redundant hype, and devoid of current trends and one trick pony beats and bass lines, then your money is safely placed with his releases. He's also not some antediluvian chap comfortably enjoying his middle age success puffing romeo y julieta cigars in Hyde Park on a sunny day. Having rejuvenated his label and refined his sound, he's struck a chord with the younger audiences as well, who might have missed out on his output from the glorious nineties. Most of the material released was all recorded under his own name, so you won't have to go through twenty aliases or something. In house productions as well, as the vast majority of his records were released through either his own label or Europe's evergreen techno fortress, Tresor.

His latest releases, be it on his own or with his studio mate Mark Broom as The Fear Ratio, at places distance themselves from the dance floor and explore other areas of the electronica spectrum. Which by no means implies that he's forgotten how to obliterate a good ol' dance podium. Just check the Jealous God release or the track he recently dropped for the "Aphelion" compilation.

His early collaborations made in junction with the late Richard Polson (co-founder of the seminal UK techno label Surface) are immensely involving manifests of the rawness that was frequently associated with labels such as Downwards, ZET, Sheep, Dynamic Tension, and so forth. Hard, remorseless, propulsive and damn right fantastic to lose it to on a floor.

Time had it that of my all time favorite tracks were produced by James Ruskin, and while we all have our favorites and recommendations, I seriously think your techno formatting process would be kind of hollow if you were to miss on the following three releases:

Naturally, this is not where you should stop. While he is a good DJ, representing and promoting his and his label's sound and vision of techno, I think that his legendary status is first and foremost cemented due to his staggering production output. There are a few producers with such a solid understanding of what techno music should sound like, and better yet, there are even fewer producers out there who are able to stay on top of such a quickly changing genre for two decades. First rate producer. Runs a top drawer record. Has more techno classic tucked under his belt than you are aware of. Not only that, his studio finesse enabled him to stand head and shoulders above the competition and truly emerge as one of the genre's most prominent figures.

Being a fan of techno music without a James Ruskin record on the shelf is a contradiction on its own. Techno collection without James Ruskin... Hmmmm.

March 29, 2015
I have been a fan of James Ruskin ever since the late 90's. James set himself apart for a few reasons. And for me lasted longer than any of his contemporaries. James always has an industrial feel to his songs. I wouldn't say mechanical. But definitely demented. And this drama sounding trauma and weird paranoia found in his songs were at the same time demented but also strangely fascinating and addictive. Perverse almost but hypnotic and eerie. Lots of adjectives to describe his music. A cut above the rest. Tempo is vehicle. Listen deeper.

March 13, 2003
awesome uk techno on a really deep tip while still keeping the dance floor in mind. minimal sequences, excellent production and good use of samples makes ruskin one of techno's best producers.