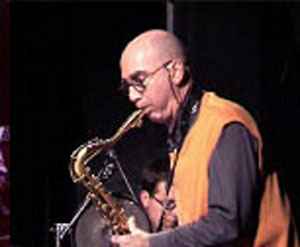 Real Name:
Pelayo Fernandez Arrizabalaga
Profile:
Pelayo Arrizabalaga (born 1949, Laredo, Spain) is a sax and clarinet player and composer. His career started in the 1970s playing in an assortment of Madrid free jazz ensembles. In 1984 he cofounded the experimental rock group Clónicos with Markus Breuss, recording a total of five albums and touring throughout Europe.

Arrizabalaga relocated to Switzerland in 1993 where he is guest composer at the electronic music Studio of the Bassel Conservatoire, directed by Thomas Kessler, and frequently performs within the improvised music scene.