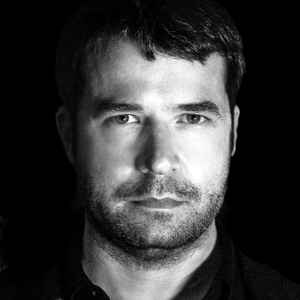 Real Name:
Stuart James Langelaan
Profile:
Lange, originally from Shrewsbury (UK) has been Producing and Remixing Dance music professionally since signing to Additive records in October 1997. After his first release 'The Root of Unhappiness'/'Obsession', he began his Remixing career which has gained him massive acclaim.

Lange's first major success came in the form of DJ Sakin's 'Protect Your Mind', which Lange Remixed into a huge club track that reached No.4 in the UK singles Chart. Other remix credits include Lost Witness 'Happiness happening' (No.18 UK), Ian Van Dahl's 'Reason' & 'Will I', and tracks by Sash, The Pet Shop Boys, Faithless, Agnelli & Nelson, Ruff Driverz and Japan's huge star, Ayumi Hamasaki.

Lange's own solo career has continued to build with the release of the club anthem 'I Believe' in 1999 and the Positiva release 'Follow Me', which was heavily featured in the Harry Enfield & Kathy Burke film 'Kevin & Perry Go Large'. The previous Lange single (featuring Vocalist 'Skye') 'Drifting Away' was released on VC Recordings in the Uk and Captivating Sounds on the continent of Europe in January 2002 and entered the UK singles Chart
at # 9.
Other projects include SuReal 'You Take My Breath Away' which reached No. 15 in the UK sales Chart in September 2000, and the compilation 'Tranceformer 2000' which Lange DJ-mixed together with Mauro Picotto.
His First Firewall tracks came out on the German Afterglow label. His latest production under this guise is called "Sincere" and will find a release on Armada's "A State of Trance" label in September.
Sites:
lange-music.com, Twitter, Facebook, YouTube, instagram.com, SoundCloud
Aliases:
Lange, LNG, Offbeat, SL, Stuart Langelaan, Vercetti, X-odus
Members:
Nathan Chamberland