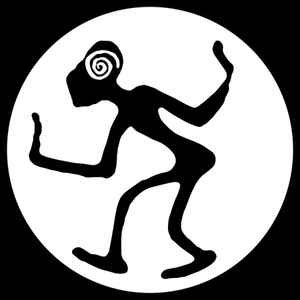 Profile:
Freaky Chakra emerged out of the San Francisco underground after a chance introduction to Exist Dance head Mike Kandel (a.k.a. Tranquility Bass) through mutual friend Miguel Fierro (a.k.a. Single Cell Orchestra). Kandel liked Bentley's demo, and in the summer of 1993, Exist Dance released "Halucifuge / Transcendental Funk Bump", which became an underground hit. He followed this single with the "March Of The Tangent" EP and the full-lengths "Lowdown Motivator" and "Blacklight Fantasy", as well as a collaboration with Single Cell Orchestra.
Sites:
MySpace, SoundCloud
Aliases:
Daum Bentley, Glimmer Of Dope
Variations:
Viewing All | Freaky Chakra
Fraky Chakra, Freaky C.

September 2, 2020
Fuck! I wish I'd kept my copy of Year 2000. It's one of his best but I figured it dated!!! But Sun Ra sample aside, it's an absolute masterpiece.
Dear Daum, please reissue it with a different vocal sample!!
Reply Notify me Helpful

May 19, 2018
I was thinking the same thing, he did wonderful stuff.
He actually very recently did a remix for a digital only release by Bass Kittens, another true hero.
https://basskittens.bandcamp.com
is were you can find it
Reply Notify me 4 Helpful

November 21, 2012
I sincerely wish Daum would get back into producing & releasing music again. I saw one of his last live performances (that I know of) at a small club here in LA several years ago and he blew the roof off. In an ironic twist of fate, that club burned down a few months afterwards. Anyways, the Freaky Chakra sound is so unique - associated with the west coast breaks & progressive sound of the early and mid 90s, but his talents go well beyond any one genre. He can handle straight up techno, acid-tinged trance, melancholy downtempo, and of course, killer breaks to get you up off your ass. It's a shame this California legend isn't still mixing it up but I guess he has his reasons for starving us of his addictive, eclectic music. Daum if you're reading this, I would give my left pinky to hear a new LP from you.
Reply  See 4 replies Notify me 7 Helpful