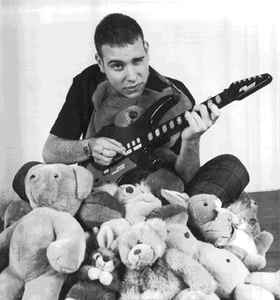 Real Name:
Miguel Angelo Fierro
Profile:
Single Cell Orchestra's Miguel Fierro is a member of the fertile San Francisco Bay Area experimental electronic community, which has produced artists such as Spacetime Continuum, Heavenly Music Corporation, Ambient Temple of Imagination, Jon Williams, and Charles Uzzell-Edwards. Working in all styles of electronica -- from the more straight-ahead club gear of his Zoe Magick work to the outbound ambient-electro of his Reflective releases and the mid-tempo head music of his 1996 Asphodel debut -- Fierro approaches each with a focus on rhythm, texture, and atmosphere. The son of a jazz drummer, Fierro grew up listening to post-bop and '70s jazz greats such as Herbie Hancock and Miles Davis, and began making tracks after playing around with a friend's low-budget keyboard. After experimenting with a few bands (both electronic and otherwise), Fierro decided to go it solo, inspired by his DJ brother to try his hand at freestyle and house music production.

Fierro released his first tracks through West Coast dance staple Zoe Magick, with his "Transmit Liberation" (from the "Liberated EP") becoming an underground classic and prefiguring the styles of lazy, instrumental "trip-hop" later popularized by the Mo'Wax, Wall of Sound, and Cup of Tea labels. From there, Fierro linked up with Jonah Sharp's Reflective label, which released his "Angelic Science" EP in 1994 and the full-length sci-fi electro opera, Dead Vent 7, the following year. His self-titled debut full-length for the Asphodel imprint, released in 1996, returned to the warm breakbeat style of "Transmit Liberation" (included on the album), as well as house and a more minimal brand of environmental ambient. Fierro's most recent work is a collaboration with Daum Bentley of Freaky Chakra, a full-on electro overdrive recorded after a series of live improv gigs which pit the two in a "Vs." scenario.
Sites:
Bandcamp, MySpace
Aliases:
DJ Hz, Miguel Angelo Fierro
Variations:
Viewing All | Single Cell Orchestra
SCO, Singlecell Orchestra, singlecellorchestra