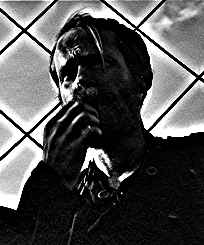 Profile:
Composer and Sound Artist born in USA and based in Paris, France, active in the fields of electroacoustic music and noise scene, ,notably developing his own musical tools on Max/MSP.
He has composed music at GRM (Paris), Musiques et Recherches (Belgium), SCRIME (Bordeaux), EMS (Stockholm), Visby International Centre for Composers (Sweden), STEIM (Amsterdam), Djerassi (California) and Espace Totem (Montreal).
He worked at IRCAM (Paris) as technological developer and as teacher in Conservatory of Cuneo (Italy). He currently teaches computer music and (psycho)acoustics Conservatoire Royal de Mons (Belgium).
He makes music for loudspeakers: electroacoustic works (composed on electromagnitic support); pieces for live computer performance; interactive music for computer and acoustic instrument(s); computer improvisation. His music is concerned with issues of energy, density, complexity, movement, simultaneity and violence, and he often works extensively with space as a primary compositional parameter. He thinks that music does not exist in time but rather creates it, and considers that music is not the art of sound but the art of the transcendence of sound.
He's part of the duo Rust alongside with Jean-François Laporte and has composed music for Quasar (4).
Sites:
thigpen.free.fr, electrodoc.musiques-recherches.be