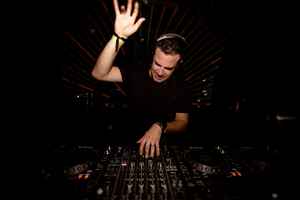 He studied sound engineering and started his career with producing soundtracks for small films. From there he moved to breakbeats, psytrance and finally trance. ’Everything he touches turns to musical gold’ - Armin van Buuren, A State of TranceWith a career spanning 15 years, DJ and Producer Nate Raubenheimer, better known to most as Protoculture, has had over has been hailed by many of his piers as one of South Africa’s biggest dance music exports. With an impressive list of credentials ranging from remixes and collaborations with Armin van Buuren, Paul Oakenfold, Markus Schulz as well as mainstream artists like Bryan Adams and Goldfish, he has most definitely left his mark on the international dance music scene with his trademark blend of melodic and emotionally charged compositions and DJ sets.Protoculture’s extensive career as a touring DJ has landed him at major festivals in four corners of the globe ranging from the legendary Tomorrowland, Fuji Rock and Glastonbury Music Festivals as well as renowned venues such Ministry of Sound London, Ushaia Ibiza and Ageha Tokyo. His energetic performances and blend of styles ranging from progressive house through to trance and psy are a pleasure to be hold and will have crowdsdesperate for more.