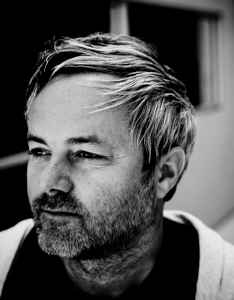 Producer Nellee Hooper was behind some of the most successful and inventive dance-oriented pop music throughout the late 1980s and on through the 1990s. Hooper came up as a DJ, as a member of the Wild Bunch – the Bristol-based collective that would develop into Massive Attack. He also played percussion for Nasty Rox Inc..

Along with Jazzie B., he produced Soul II Soul through the release of the group's first two albums, both of which scored major hits ("Keep On Movin'," "Back To Life," "Get A Life"). Work followed for the likes of Tracy Chapman, Björk, Janet Jackson, and Sade. The Brit Awards honoured Hooper in 1995 as Best Producer for his work on Massive Attack's "Protection", Björk's "Post", and Madonna's "Bedtime Stories".

Trip Hop/Downtempo/Chill-Out/Lounge Artists by Neo_Chayanne
Every Björk Official Remixer (93-19) by fax001
Never trust a guy who after having been a punk, is now playing electro by TwinPowerForce
Masters of Dance Music Part Sixteen by airwolffliesagain
View More Lists →