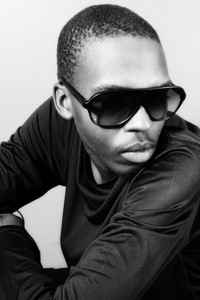 Real Name:
Elvis Maswanganyi
Profile:
DJ Mujava, hails from Pretoria, South Africa, in a township called Attridgeville. Within his family, he was the only one who had a love for music as he used to be a dancer and he spent his spare time practicing with a small keyboard that he had at home. DJ Mujava had to learn the hard way, by striving very hard to get a way of knowing how to programme music. His brother sacrificed not to throw himself a party and decided to buy Mujava a computer, so he could learn and master his production skills. He was inspired by the likes of DJ Fresh (12), Oskido, Masters At Work, Revolution (3) and Loop Masters.

Cry, a Gospel producer, who had an independent company called CSP, suggested to Mujava that they should try a house project. The two then started a company called House Therapy Productions. After establishing himself in the market, he then decided to spread his wings further by joining his production (Mujava's Music Production & Entertainment) with Sheer House. He has since then, produced music for the likes of Bojo Mujo, Casablanca (DJ Floit), DJ Cee, Ghetto Skwatt a Hip Hop Group & Simon Makhatholele a Gospel singer.