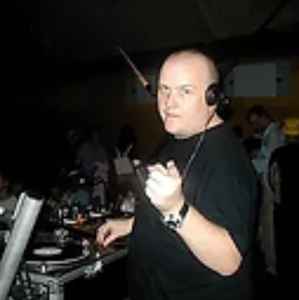 In the mid-1980s, while working in a record shop, he advocated using the word "Techno" in reference to a broad range of electronic dance music. He co-founded the popular Technoclub event at the Dorian Gray discothèque in 1984, and he was associated with the fledgling ZYX imprint Techno Drome International starting in 1987. This relationship with the word "Techno" is sometimes interpreted as evidence of Talla 2XLC's role in the early development of the techno genre, even though his own productions, at the time, had an EBM/industrial-dance focus, with house, synth-pop, and New Beat influences.

In the mid-1990s, Talla 2XLC devoted himself full-time to the Music Research family of labels he had co-founded in 1989. He returned to DJing in 1995, and by the late '90s, he had become a reputable remixer, musician, and trance DJ.

November 4, 2015
Hey guys, Talla never claimed that he has created "technomusic" or "electronicmusic" ;-) That belongs to Kraftwerk and other early german electronic artists long before anyone in detroit or chicago thought of it. The only thing he said, that he used the term "techno" first to categorize electronic dance music at one genre department together in a recordstore in frankfurt germany in the beginning of 1982. So, your guys in detroit might have produced electronic styles in 1981, but haven´t used the term "techno" by that time. That was used later on. Secondly Talla had started the first weekly club in club event named "technoclub" in 1984. These two things he claims. not more not less. cheers. ;-)
See 2 replies

February 11, 2015
Interesting thread here. I find myself a bit in the middle because the music from Technodrome International influenced me a lot. That's when I started DJing. I remember Confusion, Robotiko Rejecto and other hammer hits. I was also a big fan of Frontpage magazine before it became all commercialized.
On the other hand some of you here need to re-read your music history a bit.

Let's start with Cybotron (Juan Atkins): Alley's of your mind is from 1981. Nobody in their right mind doubts that Detroit came first, if we are going to compare dates. Also, there is little doubt that what Talla was doing back then wasn't what we now consider techno, but more industrial. Unfortunately for the right or wrong reasons, it is Talla who is only a footnote in techno history and all the credit seems to go to Detroit. Like it or not.

If anything we can start arguing the finer details whether techno started with A Number of Names or with Cybotron (personally I think Sharivari is more Italo, so credit goes to Juan Atkins), but both are from the same area and did their thing years before Talla even started producing, so there no real disagreement among critics and music connoisseurs: techno originated in Detroit around 1981 and House in Chicago around 1984.
See 1 reply

April 1, 2010
Talla 2XlC (ANDREAS TOMALLA) the "FATHER OF TECHNO" the true creator of this music genre has rightfully earned his place in history. Before Atkins there was surely Talla who was the creator of "Moskwa TV (with tracks like "Tekno talk" in 1987), Robotiko Rejekto (which released "Rejekto" in 1987, a FULL YEAR before Techno! The new dance sound of detroit), Bigod 20 and many more projects. Talla not only created a club called "Techno club" in 1984 he also coined the word "Techno" as style of music much earlier than Juan Atkins had supposedly done it. Talla also had a say in the creation of the very first Techno label under ZYX records- "Techno Drome International" in 1987. Robotiko Rejekto was one of the very first records to be released in the same year. While Techno! The new sound of detroit will barely be a footnote in history. Talla on the other hand is the ONE who made History. "Techno" did not exist before he put it on the map.

June 2, 2004
Recognised or not as one of the best german trance producers , what it is certain is that Talla's sound is one of the most distinctive and unique between all the trance and even the techno scene , with his thick and heartpounding basslines , complex arrangements and dense sound , he has a unconfusable trademark