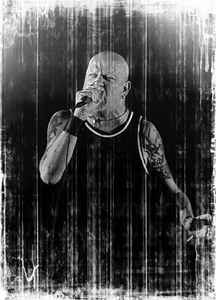 March 14, 2021
(Referencing the 90's period only)...So for years I thought the only officially produced/released music video ("promo clip") was "Evil Speaks" because it is the only one that appears on the Fanbase VHS. Recently I have discovered on YouTube what appear to be professional commissioned videos for "Leaether Strip Part II (Re-Animated)" 1990, "No Rest For The Wicked" 1995, and "Give It Back" 1997. Does anyone know if he released any other music videos during the Zoth era???
Reply Notify me Helpful

Ok, so back in the day I love everything up to "Carry Me", then he went silent for a few years. I was excited and got "After the Devastation", "Suicide Bombers" and "Walking On Volcanoes" when they came out, but couldn't really get into them. He has put out an unbelievable amount of stuff since then. Where do I begin? Is there any of it that I will enjoy more than those 2006 releases I mentioned?

September 19, 2003
definitely one of my favourite industrial musical acts. think of Claus Larsen as the Trent Reznor of the European scene. dark, hateful, homicidal, love-plagued music, but with more substance and texture, and poetic lyrics. i recommend Legacy of Hate & Lust, Solitary Confinement, The Rebirth of Agony as a good representative starting point.
Reply  See 1 reply Notify me 8 Helpful