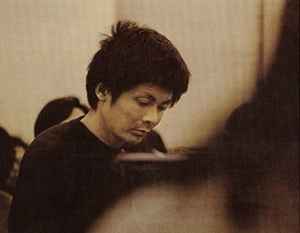 Real Name:
高橋悠治
Profile:
Yuji Takahashi was born in Tokyo in 1938. He studied composition with Minao Shibata and Roh Ogura. From 1963 to 1966, he lived in Europe, where he studied with Iannis Xenakis. From 1966 to 1972 he lived in the United States and performed with orchestras across the continent. During the 1970s, he recorded the piano music of Bach, Satie and others for Denon. In 1978, Takahashi organized the Suigyu Band to perform Asian protest songs. Since 1983, he has performed regularly with composer-pianist Miyake Haruna. Recently he has been composing for traditional Japanese instruments as well as playing the piano and the computer.
Brother of Aki Takahashi
Sites:
suigyu.com
Variations:
Viewing All | Yuji Takahashi
Takahashi, Takahashi Yuji, Takahashi, Yuji, Y. Takahashi, Y.Takahashi, Yuji, Yuuji Takahashi, Yuyi Takahashi, Yūji Takahashi, Ю. Такахаси, 高橋 悠治, 高橋悠治