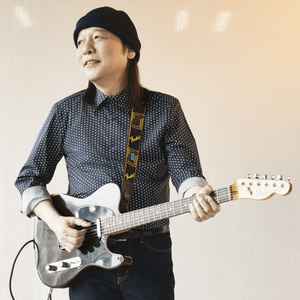 Real Name:
山下達郎
Profile:
Singer-songwriter and producer, born 4 February 1953. Husband of Mariya Takeuchi. Heavily influenced by American jazz, soul, and big band music. His first album, Add Some Music To Your Day, which contained cover versions of songs by The Beach Boys and other golden age American songs, is now extremely rare and sought-after. His major debut came in 1976 with Circus Town, which was recorded in New York and Los Angeles, the former of which included the participation of conductor and arranger Charlie Calello.

His popular breakthrough came in 1980 with the release of Ride On Time, whose title track peaked at #3 on the Oricon singles chart. Maxell also used it in a TV ad for audio cassettes that featured Yamashita. He is probably best-known for composing and performing his 1983 song "Christmas Eve." This track appeared on his album Melodies that year and was notably covered by Pentatonix for the Japanese release of their That's Christmas To Me album. A version featuring English lyrics was written by Alan O'Day, a frequent Yamashita collaborator.

December 19, 2016
I wonder if anyone knows about his very first album "Add Some Music to Your Day"? It was released in 1972 and seems to contain cover versions of popular English songs.
See 5 replies