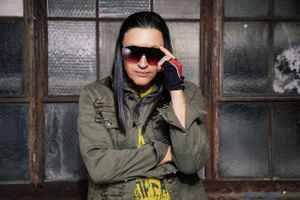 In 1994 his career took off when he joined Grupo Manía replacing Edwin Serrano (2). This opportunity gave Elvis Crespo time to fine tune his craft; until his departure in 1997; this is when he took on a solo career. His debut album Elvis Crespo - Suavemente the following year; fast tracked his career as a front runner in the Latin community; winning him his first Latin Grammy for Tropical Latin Album of the Year.

Since then he has released worldwide over a dozen new albums and a variety of compilations including a remix album and a live album recorded in Las Vegas, USA. His collaborations with artists Ilegales, Pitbull, Olga Tañón, Khriz Y Angel, Maffio Alkatraks, Gizelle D'Cole and Fanny Lu; amongst many others; has kept his name on the charts. He also catapulted new group formations such as Zone D' Tambora and Bachata Heightz.