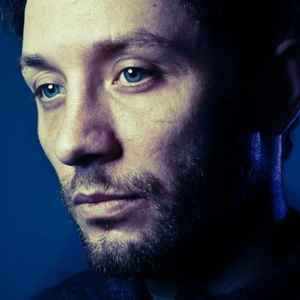 Profile:
Commix is the 170bpm creative home for George Levings, and a name synonymous with the very best in forward thinking Drum & Bass.

Starting out as a trio, the Commix name has graced some of Drum & Bass’ leading labels since coming to prominence in the early 2000’s, and the debut album, ‘Call To Mind’, holds the honour of being the first solo artist album for historic label Metalheadz. The lead single, 'Be True', has long since cemented its place in Drum & Bass history as an anthem on the grandest scale, and the album itself was incredibly well received across the electronic music spectrum and is widely regarded as one of the best D&B LPs of all time.

As a DJ his focus is on the deep, the experimental and the musical. Drawing on his wealth of experience in both Drum & Bass and 4x4 based genres, he joins these styles together in a mesmerising weave, defying genre and categorisation, that cements his reputation as one of the most respected artists in the scene today.
Sites:
Facebook, instagram.com, SoundCloud, Twitter, Bandcamp
Members:
Conrad Whittle, George Levings, Guy Brewer
Variations:
Viewing All | Commix
CMX, Commics, George Commix

March 19, 2022
A beautiful, juicy rendition of modern drum and bass with the influences of the most prolific DnB producers from the 90s and early 00s. He has the robustness that we lacked in liquid combined with chunky basslines and clever dissonances that we love in techstep, treading the line between the ambiance and the beats perfectly.
I think it's the one of the defining acts that keep the genre alive and evolving.

August 11, 2016
One of the most consistent production outfits of recent D&B culture. One of the best around period

April 7, 2009
Commix is between the roots and the future, a smart combination of old sounds and future beats.
Some touch of dub music in "Bear music", some touch of dancefloor d'n'b in "Satellite type 2", you can find almost everything in their music.
The recent work of this band, suchlike "Rack-it", "Underwater scene" or the coming "Justified" put the soul of Commix' tracks far away from the classical rollers like "Roots train" or "Midas touch", meaning that they create something else with d'n'b, something more close to a simplist look of music, much based on rolled beats and deep shapes. I really like what they do now, because they create something new in drum'n'bass, and this is always usefull for any kind of music.

Those two are a prolific and a must whatch pair, they'd an important place back then, and they'll keep it, I'm shure of it.