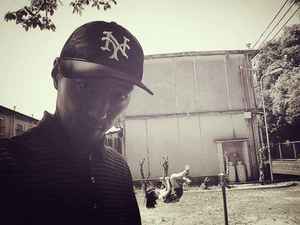 Profile:
T2R is a heavy weight in Kansai Dubstep scene. Having HipHop and Techno as musical base, he started to produce tracks in 2002. His tracks are played on FM radio station worldwide and he is recognized more in overseas than Japan. The firm and fat bass sound and rich rhythm programming attract fans all over the world. Organic percussion which regularly used in his songs and oriental melodies remind listeners temples in Nara where he was born. T2R himself actually was greatly influenced by mentality of budhism and religion; thus his sound is filled with mercy and healing downbeat. In Kansai, he made joint appearnces with UK’s leading artists such as N-Type, Appleblim as well as Mary Ann Hobbs. He is a regular member of “Dubstep Rude” and has made several appearances in Back to Chill which is held in Tokyo. In 2007, he released “6 TUNES DUB” then he joined Lo-Vibes Recordings owner KK’s album “In the Khaos ‘69” in 2008. Currently based in NARA JAPAN, T2R produces music, runs the Moziq recordings label.
Sites:
moziqrecordings-databass.tumblr.com, mixcloud.com, Facebook, SoundCloud, reverbnation.com, MySpace, Wikipedia, note.mu, iflyer.tv, mixlr.com
In Groups:
T2RYUHEYXXX