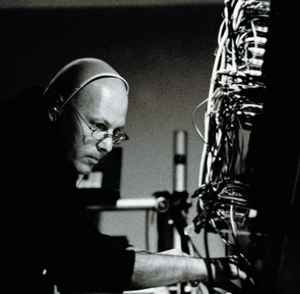 Profile:
Although his music is often consigned to the new age bins of record stores and the bulk of his work has been released on labels more closely associated with that classification, Robert Rich's solo and collaborative recordings have proven extremely influential on a range of new school ambient and experimental artists. Rich's association with earlier space-music pioneers such as Steve Roach, Kevin Braheny, and Michael Stearns also makes him one of the few of that generation to have interfaced creatively with the new wave of experimental electronic composers. A California native, Rich began experimenting with electronics in the late '70s before attending Stanford University, where he completed a degree in psychology. While at Stanford, Rich's involvement in the university's prestigious Center for Computer Research in Music and Acoustics expanded his interest in electronic composition, as well as bringing him in contact with a wide range of non-traditional, non-Western musical ideas. Rich's performance of several all-night "sleep concerts" during this period also helped solidify an aesthetic focus on psychoacoustics, perceptible in early recordings such as Geometry and Trances / Drones. Rich's more mature works such as Rainforest and Propagation have sought to combine that interest with more recognizable electro-acoustical elements (Rich plays a wide range of instruments, from synths and effects racks to hand drums and flute), but the influence of digital sound manipulation has also moved increasingly to the fore. Inspired by the more textural works of artists like SPK and Throbbing Gristle, Rich's interest in the edgier side of electronic composition has also earned him a reputation among fans of gothic, industrial, and dark ambient, made most obvious by his collaboration in 1995 with Brian Williams of Lustmord. In addition to his more ambient-leaning works, Rich also plays in the experimental pop band Amoeba. He is also a scholar of Just Intonation, writing regularly on the topic and co-authoring the software program JICalc.
Sites:
robertrich.com, Bandcamp, Twitter, Facebook, MySpace, Wikipedia, SoundCloud
In Groups:
Amoeba, Markus Reuter Oculus
Variations:
Viewing All | Robert Rich
R. Rich, Rich