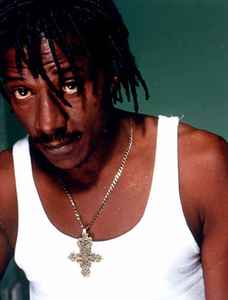 Lincoln Valentine "Style" Scott's skills as a drummer were first spotted when he was still a very young man by non other than Prince Far I, having served his time as a studio hanger-arounder, soaking up the vibe and honing his skills on the skins. He was soon inducted into Far I's own rhythm section The Arabs, appearing for example on Volume 3 of his 'Cry Tuff Dub Encounter' series - also featuring Adrian Sherwood under the guise of 'The Dub Syndicate' in one of his first outings as producer-in-charge.

Around the same 1978-9 period Creation Rebel (more or less The Arabs reincarnated without Prince Far I) were developing a strong repertoire and live following. It was one such Creation Rebel line up, including Style Scott, that Prince Far I brought from Jamaica to the UK to tour, that provided the first opportunity for Style and Sherwood to cross paths. Many of Creation Rebel's recordings were subsequently issued in the UK through Adrian Sherwood's and Far I's label Hitrun, and their original edition's are now considered highly collectable.

In 1980 with the forming of On-U Sound, Scott was sucked into Adrian's merry band of singers and players the formed the crew for the new label's first releases and settled there for the duration. First outings in his new role saw him providing drums and / or percussion for the likes of the New Age Steppers, Deadly Headley, Playgroup, African Head Charge, Bim Sherman and the Singers And Players. Between 1989-93 as part of the sprawling, Gary Clail fronted, On-U Sound System the influence of Scott's writing credits on tracks such as 'The Emotional Hooligan' and 'Rumours' are clear for all to hear.

Besides his work for Adrian Sherwood, Scott remained a very busy session musician in the first half of the the 1980's and was a key member of the era's top Jamaican rhythm section, Roots Radics, before the arrival of the digital era after which nothing was quite the same again for reggae musicians.