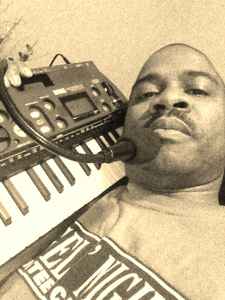 Real Name:
Lamont Norwood
Profile:
The open-minded attitude of understanding the World of Jazz, Soul, Funk, Disco and even Hip Hop makes much easier to figure out what may have caused the emergency of the Detroit Techno and Electro scene. This is the case of Lamont Norwood, also known as DJ Di'jital, who grew up with all these groove influences.

Of course, it was the sounds of Kraftwerk in a first moment, and after that the Street Dance culture that guided him – mainly with the Electro-Funk classics of the beginning of the eighties. Fascinated, Norwood was caught by a whole movement that started with the Funk culture, but which roots lies miles ahead. Largely influenced by the street sounds of Afrika Bambaata, Newcleus and Cybotron that swirled into his mind during the eighties, Lamont decided to stretch to the boundaries and started a deep journey of musical researches.

His DJ story begun even before the acquaintance of the turntables at the beginning of the nineties: he started with double tape decks at a parent’s house with very limited options. But the natural mixing skills and the density of his musical background took him far beyond his dreams: about more than ten years ago, he became a professional DJ, even if his professional highlight was yet to come.

Before the so called professional ascension, he played tons of House parties as a Cabaret DJ. To be really integrated on the scene, it was just a question of time. He quickly shifted behind the decks and became part of the most important professionals behind the electro scene from the nineties. His melting pot of electro funk, techno, booty and ghetto tech elements with scratching skills created a very unique ambiance which DJ Di'jital drove the crowds wherever he wanted to.

In 1996, Lamont Norwood integrated the brilliant Aux 88 as their DJ and had the pleasure to experience live shows with them for years. At the same year of 1996, he released his first track, “Radar2Bass” which, according to his statements, was meant to be a “Sinister Techno Bass”. It appeared on the “Xperience De Bass II” EP by Direct Beat, the same label through where he released his first single: “Prototype”, a kind of definition for his sound, a free sound that was made to be included on the open-minded DJ’s repertories, which were really free to do whatever they wanted. He also released several other productions, remixes and a couple of CDs through Direct Beat records, one of the most important labels of the electro scene.

Essentially versatile in the music scene, DJ Di'jital built a real solid foundation as a world class DJ all these years. His repertories, which are an amazing combination of electro classics with the more contemporaries, should not be missed. He is presently recording for Underground Resistance.